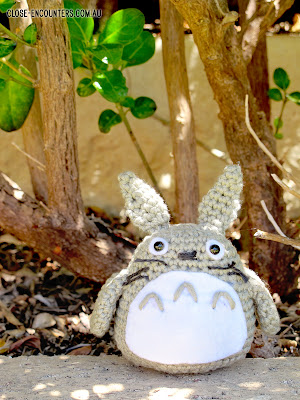 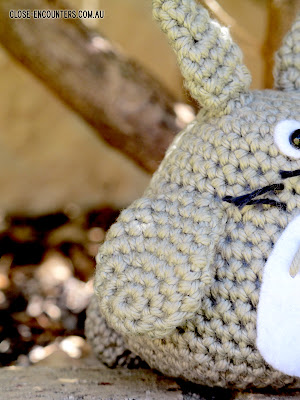 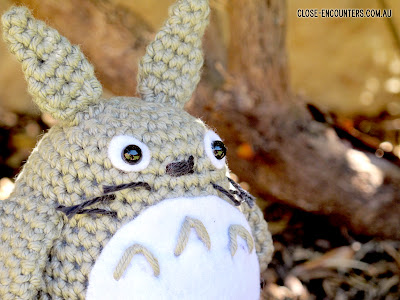 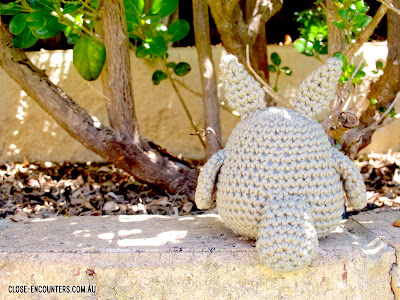 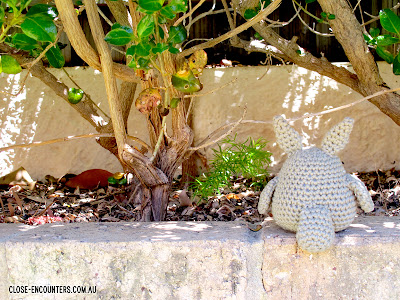 Posted by Danni Close on Saturday, December 08, 2012 No comments:

It is finished!!!
Did you guess that it would be a Plush Wall-Nut from the sneak preview??? oh you did, did you?... Clever little monkey! 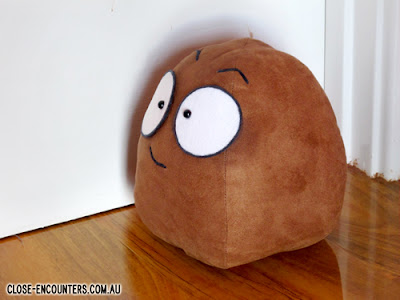 Standing at 22cm tall and 17cm wide, this rice filled plushie is the perfect answer for all your zombie repelling door stopping needs. He is filled with a combo of rice and stuffing, with a zip on the bottom for easy washing, if need be (zombie fighting is a dirty business). Easy to make and fairly inexpensive, you can make your own at home in no time. 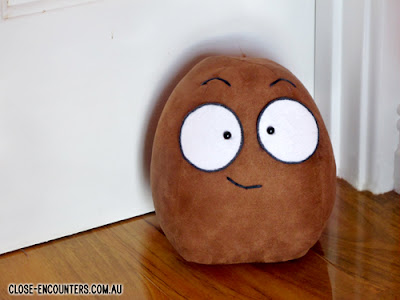 Posted by Danni Close on Wednesday, August 01, 2012 No comments: Can you guess what this next creation will be?
I have been busy working away at my next project... and although not an amigurumi, I assure you it will be just as easy to make and just as awesome!

All I have are the facial features to go... How will it turn out? Stay tuned to find out :)
Posted by Danni Close on Monday, May 14, 2012 No comments: 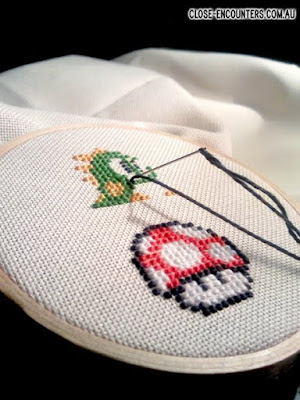 I started off on a simple one for my first attempt, a nice Mario mushroom. Then I got a tad more adventurous and started a Bubblun from Bubble Bobble.

The only difficulty I had was that I decided to use some 3 ply crochet cotton I had lying around instead of buying some embroidery thread (like I probably should have). The end result turned out the same, however it was a pain in the you know what to work with, as the cotton kept snapping due to the friction of pulling it through the cloth. Lesson learnt I suppose....

I can't wait to start my next cross stitch project, I am totally inspired by this 'the cake is a lie' cross stitch by pixel8bit: Or this cute-as Zelda cross stitch by Sidewalk08:

Posted by Danni Close on Wednesday, February 01, 2012 No comments:

Hi Everyone :)
I hope you all had a fantastic Christmas and New Year!

I just wanted to share with you my White Rabbit character I made just before Christmas (yes, it has taken me this long to get around to uploading it - busy, busy, busy!) 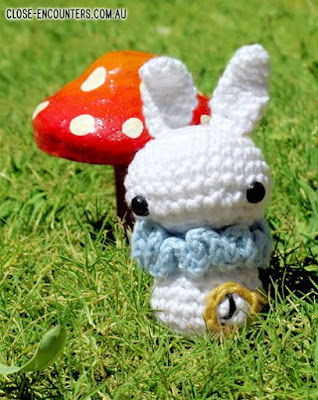 During December I was in a pantomime production of Alice in Wonderland where I was lucky enough to play the best character in the show - The Queen of Hearts :) OFF WITH HER HEAD!!! ... ahem...

So whilst performing in this awesome production, inspiration struck and I got to work making my first Alice in Wonderland Amigurumi character - The White Rabbit! I'm hoping to make a set of characters - The Mad Hatter, The Caterpillar, Alice... and of course The Queen! 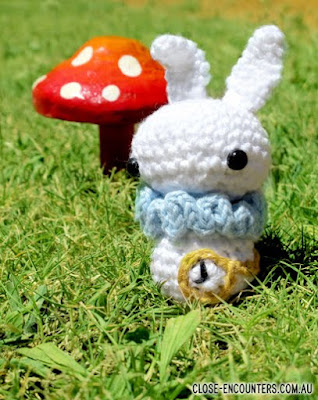 This one was made entirley out of dk cotton yarn, and although it is much more time consuming to work with (mainly due to the friction cotton creates compared to acrylic), the end result is far more clean, with the stitches really defined and less fuzz around the edges!

He does have a little round tail, you just can't see it in these photos :(
Posted by Danni Close on Wednesday, January 11, 2012 4 comments: